Due to The Cannabis Act or Bill C-45 coming into effect October 17th, 2018, which will legalize recreational use of cannabis nationwide in Canada, I decided it was high time we discussed cannabis and relationships on The Dating and Relationship Show. I chatted Marc Scott Emery aka ‘The Prince of Pot’ as well as Danielle and Dean Young, about how this pending legalization might impact relationships. Marc took a more positive approach of course, being the notable advocate that he is as well as Danielle and Dean, but I think it’s important for cannabis users to know how this habit has the potential to become a roadblock in your life if you don’t set personal boundaries.

Cannabis and Relationships: Smoking Pot Can Make You Lazy

After you consume cannabis, do you feel tired or exhausted? This is probably the most common side effect that people experience after consuming an indica strain of cannabis-which is most common. This is mainly due to the strain’s primary psychoactive chemical, Tetrahydrocannabinol (THC). It’s normal to feel more tired or sluggish after consuming large amounts of cannabis. This can be a problem in your relationship if you find yourself unproductive and unable to get things done because of your frequent cannabis use. Having a partner is about being able to share responsibilities in life and being dependable is a key quality. If smoking pot puts you in an unproductive state, than you should be careful about choosing when you smoke and how much. Everybody is different so there isn’t just one ‘right amount’. Many people consume cannabis similarly to how they consume alcohol. For example if you’re drinking all day every day than it’s probably impacting your life, but if you have a glass of wine every night with dinner chances are it’s not getting in the way of anything.

Cannabis and Relationships: Does Cannabis Alter Your Mental Health

Not everyone reacts to smoking cannabis the same. Some people experience high levels of paranoia and anxiety. It can trigger a psychotic episode and affect your perception of reality, what is real and what is not. The studies are very mixed on if Cannabis use can cause conditions such as depression, schizophrenia and bi-polar disorder or if people who already have these conditions are drawn to cannabis at a higher rate looking for relief. It’s a complicated case of causation verses correlation; one of the benefits of legalization will be that more research will be able to be conducted. Regardless, these are all very serious mental instabilities that can be harmful to yourself and to your partner. If consuming cannabis has been a habit of yours since adolescence, than it’s possible that you might battle with these issues currently. Whether or not it has anything to do with cannabis if you feel that you or your partner is struggling with any of these issues you should speak to your healthcare professional.

Cannabis and Relationships: Cannabis Use Can Be Habit Forming

Cannabis use can be habit forming and becomes an “addiction” when a person cannot stop using the drug, even though it is interfering with many other aspects of their life. There’s a dependence on the drug, which can lead to withdrawal symptoms when not taking it. These symptoms can include mood swings, being irritable, restlessness, change in appetite and anxiety. If you can’t go through life being sober, than you are probably battling with deeper issues that cannabis cannot fix. However Cannabis “addiction” is not the 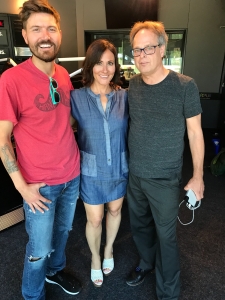 same as an addiction to other drugs such as cocaine and heroin, it’s more similar to alcoholism.

If someone develops a dependence on cannabis they may be shutting out their partner without even realizing it. Communication is important for having a strong and healthy relationship. Using cannabis as a way to escape reality and avoid dealing with life can make a partner begin to feel inadequate.

During my interview with Marc, he stated that smoking weed was not addictive in his own experience. When he was incarcerated for selling mail order cannabis seeds, he did not have access to any drugs for 5 years, and didn’t experience withdrawal symptoms. Upon his release, he was able to resume consuming cannabis regularly. He did however point out that there is such a thing as consuming too much cannabis, and he has done that a few times in his life. If you consume too much cannabis your body will react badly; chances are you’ll get sick to your stomach and throw up and then you’re fine. Similar to how if you eat or drink way too much, it won’t be fun but chances are everything will return to normal fairly quickly.

Cannabis and Relationships: Bias and Stereotypes

You might think that consuming cannabis is no big deal because you haven’t run into any issues while dating, but most people date with a purpose. That means they are thinking about their future and how you will fit into it, most people don’t think that cannabis and relationships go hand in hand. A partner who can never make it to dinner on time or picks up the kids late from school is not a desirable person, and even if you aren’t like that, because of the stereotype of ‘potheads’ people will view you as such. For women, the stigma around cannabis use can be even worse. As Danielle pointed out women are very under represented in the media when it comes to cannabis use. When you see stoner-comedies (AKA anything with Seth Rogan) if there is a lady-stoner she’s generally someone’s girlfriend. So by people not seeing women as cannabis users in media they assume they don’t exist. Slowly this is beginning to change with shows like Broad City and companies like Vanderpop who are trying to dispel the myths surrounding women and cannabis.

Like I said, I’m not here to judge people’s personal choices or decisions. Smoking a joint now and again is probably not going to cost you a relationship; however smoking routinely and on a consistent basis definitely has the potential to cause problems. It’s important to be aware of the potential side effects and risks that are involved so that you can make informed decisions, ones that can impact your future love life. If you’re a cannabis fan and you’re looking for love you should RSVP for our Cannabis Lovers Speed Dating Event!

To listen to this episode and past episodes check out The Dating and Relationship Show.