Social Media and Relationships Discussion on AM640!

Social Media and Relationships Discussion on AM640!

We all display the love and affection we have for our partners in different ways and in this day and age, showing off our relationships on social media has become the norm.

On the Dating and Relationship show, along with my co-host Sandra Carusi from Inside Jokes, I decided to bring on my good friends and social media influencers, JetSetJustine and AlexanderKenton to talk about how to keep your relationship healthy while actively being online.

Before the show, I took it upon myself to do little research on social media and it’s affects on relationships. Many of the facts reflected the negative impressions social media makes on relationships, however, I’m glad I had Justine and Alex with me to confirm whether or not it applied to their situation.

Having instagram influencer couple @JetSetJustine and @AlexanderKenton on the show worked perfectly because alongside the unfortunate truths that lie between social media and relationships, many of those misconceptions are projected onto couples needlessly. According to sexologist Nikki Goldstein, “often it’s the people who post the most who are seeking validation for their relationships from other people on social media.” In the article I read, Goldstein continued to discuss the psychology behind social media and relationships and the root of where it comes from. She continued to elaborate on how the likes and positive comments someone gets can work as a pick-me-up or positive reinforcement when they are really struggling with their relationship. Goldstein even goes as far as adding couples who post very frequently about themselves on social media are indicative of having a partner that is controlling and possessive. 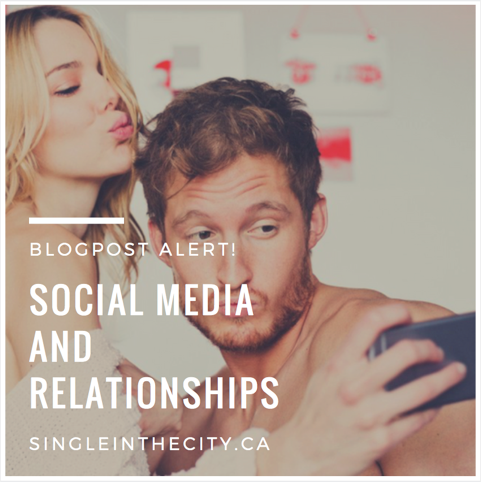 After sharing this with Justine and Alex, although they didn’t necessarily conform to all the statistics I shared on the show, this was the one insight we could all agree we have fallen guilty to at one point or another. Being a hopeless romantic herself, Justine shared how much she found herself clinging on to her relationship towards the end of her last breakup. She spoke about finding herself posting more about her relationship on social media when things were bad as a way of reconciling with the nostalgic memories. Alex then added on to her point proclaiming how sometimes people go too far sharing intimate moments with their partner online.

If you ask me how I feel about social media and relationships, I’d simply say the best moments with your partner should stay between the two of you. Now, of course I don’t have an issue with others who choose to share certain aspects of their relationships online. In fact, I admire their transparency and willingness to extend the love and happiness within their relationship with everyone else. Nevertheless, I personally prefer to keep my relationship private. I believe being in a loving relationship is such a beautiful and sacred part of your life that it doesn’t need to validated by the rest of the world. But at the end of the day, whether you are sharing moments with your partner online or not, it’s important to recognize the intentions behind your actions. Are you sharing your relationship online to aid your own insecurities? Are you choosing not to share your relationship online because you are in certain ways ashamed of your partner? Whatever the case maybe, as long as your intentions are good and pure, whatever decision you choose to make, is the right decision.

I know dealing with social media and relationships is a very relatable topic for many of you and I hope when looking back on the show,  you can learn and grow from the discussion!

Listen to the full episode that aired on July 9, 2017. The Dating and Relationship Show airs Sunday nights at 9pm on AM640. Ciao for now, xo