Behind The Scenes With Laura Recording Singles Talk Radio

Behind The Scenes With Laura Recording Singles Talk Radio

From one mass media platform to another, Laura Bilotta turns her back on cable television (temporarily) to bring Single in the City to Chorus radio. 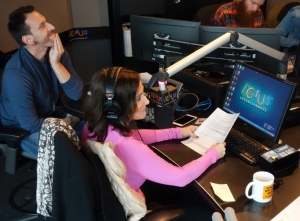 Starting in February, every Sunday night (at 6pm) in 2017, Single in the City’s respected relationship advice and dating tips will be pumped out coast to coast across Canada on AM640.

This is Singles Talk Radio, and it comes with its own challenges and rewards.

Although the show is not broadcast live, it is painstakingly recorded in studio and edited for radio by well paid professionals in state of the art recording studios in downtown Toronto.

Check out the video made just moments after this author arrived in studio, and without any warning …

Laura sits in the host’s chair and drives each discussion, but she’s not alone in there. Our fearless leader is joined by the show’s executive producer, Sandra Carusi – the creator and host of AM640’s Inside Jokes and other luminaries and guests. 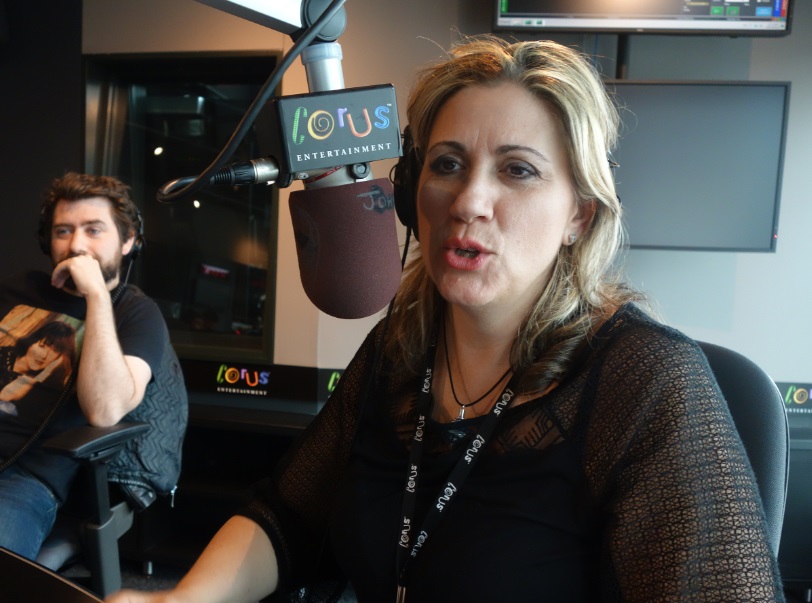 Sandra Carusi is a well known and well respected stage performer, stand-op comedian and broadcasting industry veteran. She’s here showing Laura the ropes and helping Laura overcome any difficulties she might have communicating her wisdom on the radio. 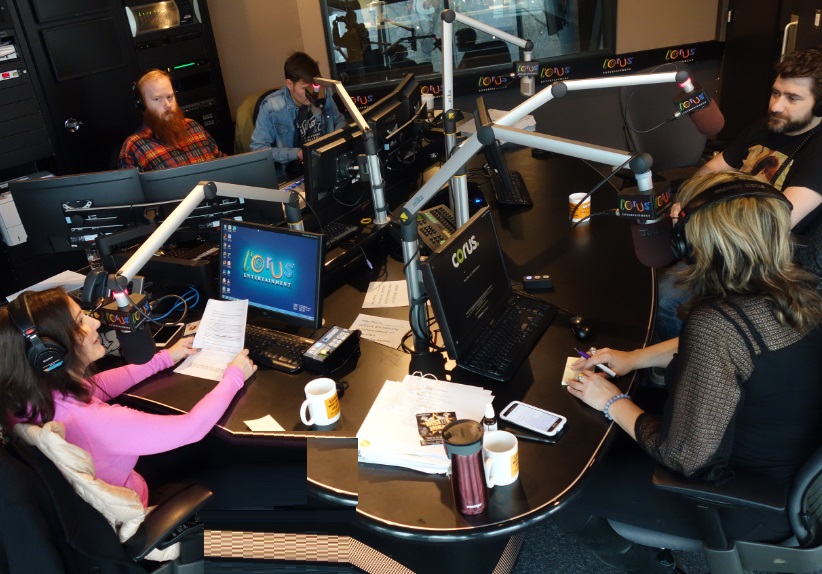 When this author arrived on Tuesday the 28th of February 2017 to get some shots and experience the studio, there were five professionals in the room and each had a different role in the production. Sandra was the most welcoming, offering pizza and coffee while Tom the big red bearded technical producer was, shall we say, more reserved. 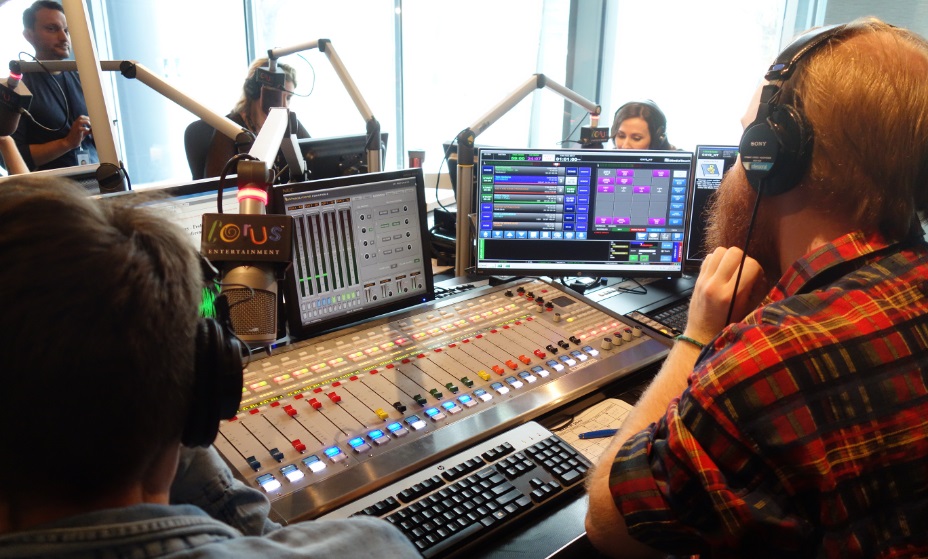 Dean, whom you can glimpse above in the faded denim shirt, works for Chorus radio and he and another producer named Vince were there helping Laura get it right when she does throws, bumpers and welcome-backs.  Once while this author was present, Tom the red bearded TP stopped the tape. He said ‘Laura you don’t have tell them to ‘tune in’ now, because if they’re listening, they’ve already tuned in.’ Laura apologized and scribbled on her sheets, as Tom rolled the tape back to the start again.

Single in the City – Relationship & Dating Talk Show on AM 640 is yet another beautiful blossom of the profoundly proliferous Single in the City media property.  The series is designed to present interesting facts, useful dating tips and personal stories about evolving relationships in today’s high tech, yet strangely lonely world. 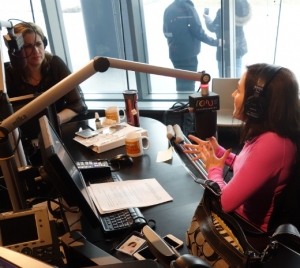 The Single in the City radio talk show fits with the new vision for AM640 imparted by Ward Smith, VP, Global News & Corus Radio, Eastern Canada. Back in October 2016 he wrote, “Our station is committed to providing our audience with smart conversation, balanced debate and perspective on the stories people are talking about…”  We get it Ward. This is why radio is important; Canadians need to hear other peoples’ perspectives on contemporary events and they like to listen-in as experts debate divisive ideas.

Next Sunday at 6pm, tune-into AM 640 on the radio or online at:  and catch the weekly Dating and Relationship Show.

Readers, you can LISTEN TO PAST EPISODES here. If you would like to be a guest on the show, send an email to laura AT singleinthecity DOT ca