Being Single During the Holidays

Being Single During the Holidays

The holidays are a time where we often feel extra lonely and sad to be single. So on the Dating and Relationship show I sat down with two successful, handsome and single Toronto moguls – Jonathan Furlong (Real Housewives of Toronto Cast Member) and Jagger Gordon (Founder of Feed It Forward Toronto). We discussed being single during the holidays and how to navigate all of the feelings that come along with it.

Single During the Holidays: Dating Dialogue with Jonathan and Jagger

I asked them first and foremost how they feel about being single during the holidays. Jonathan responded that there are so many social gatherings that you are never really alone at this time of year. So you simply 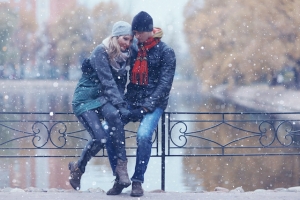 have to be comfortable in your own skin to attend all of these events, and after all, single under the mistletoe means you can kiss whomever you want! Jagger felt that there is a lot more pressure to be a couple rather than single during the holidays. Since you will be attending many events together, there is that pressure to bring someone that represents you two as a couple well and someone who is compatible. This is especially important for these guys since they are attending many elite parties, gatherings and fundraisers. These types of occasions require them to be social and representing themselves and their brand a certain way. These gentlemen commented that the last thing they would want is someone they had to babysit all night because their date wasn’t comfortable being on their own while they socialized. So in the end, they see being single at this time a small advantage when they are out and about.

Though there are so many gatherings and people you can surround yourself with at this time, the blues of being single during the holidays can hit you when you see others showing up to parties with dates and you do not. Jagger encourages countering this feeling with feeling charitable. If you are feeling lonely or sad, the best thing you can do is think about less fortunate people. Through his company Feed It Forward he was able to feed close to 10,000 families on Christmas day. Not only because he is a great guy and loves his work, he encourages people to get involved in something like this if they are feeling single and lonely because being able to put a smile on others faces will be guaranteed to put one on yours. Plus, it gives you a place to meet more people that are like minded and enjoy giving back, which will make you feel even less alone.

Simply because they are admirable human beings and successful business men, I wanted to ask Jagger and Jonathan how their age has factored into their dating lives – particularly to the stigma of single men over 40. We have all heard it before and so have they. People make remarks such as “he’s a player”, “he probably has commitment issues”, “he’s selfish” or generally “what’s wrong with him” toward single men above 40. Well Jagger and Jonathan gave us a big reveal that despite what some think, it is the sure feeling of stability that they are looking for. Men want to feel the most ready before they settle down. They take into account, ‘do I have my finances in order’, ‘do I know who I am’ and ‘have I found someone right for me’. They want to be sure of their mental checklist of what stability means in their life and relationship now more than ever, so some men have still been working on locking those things into place before settling down.

On the other side of the coin, with the world and women changing so much around them, some men don’t know exactly what that stability means and looks like to them so they think the grass is greener every time and they never settle down. Either way, there are many reasons that a man may be single in his 40’s just like there are many reasons a woman may be. So if a man hasn’t settled down yet, that does not always mean he doesn’t know what he wants. For very successful men like Jagger it is clear he is a great guy, who knows himself and what he loves. However, he has not had time to nurture both his passion for growing his business and making a difference as well as a committed relationship. Some men just like some women simply put off a relationship because they do not have the time for both work and love. Therefore a single man in his 40’s should not always be regarded with a lousy stigma, but instead respect for being devoted to something he’s loved for so long!

With talk about business and celebrity parties these men have the privilege of attending, we got onto the topic of recent sexual allegations in the media. We all around seemed to agree – sexual harassment in the workplace whether it be Hollywood or corporate is simply about power. Jonathan winced at the harsh reality some of these women have been facing and believes that no one should use their power to diminish someone else’s or make them feel like they do not have enough power to earn it themselves. The thought that a woman would owe a man sexually for what would have been a proud moment in her career is absurd. As we continued to discuss, Sandra and Jagger agreed that it is not an issue simply between men 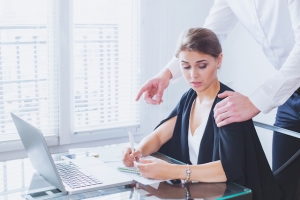 and women, but an issue of who these powerful men solicit these sexual favors from. In almost every allegation and story, there was a young, vulnerable girl being approached or preyed on by a man of power. Similar to a story Sandra shared, these girls wanted desperately to get a start in the industry and saw no way out of the situation and no other way up the career ladder if they rejected this man of power. It is horrible and it is not what a lot of people think about before they blame the victim saying ‘you should have known better’. Not only did these women have to go through these awful situations but had to deal with the harsh reality of no guarantee after this sexual exchange.

Since men in Hollywood and men in general are in the hot seat right now being heavily scrutinized for their actions towards women, it raises the question … what’s allowed now? Flirting, compliments, chivalry? Men are kind of saying screw it to everything! And I don’t think this is what we want our world to turn into. Nonetheless, we had a great discussion on dating, celebrities and so much more with the wonderful Jonathan Furlong and Jagger Gordon! To listen to the full show visit www.640toronto.com and if you’re tired of being single during the holidays, join my matchmaking service today!