The future of speed dating might be waiting under the 2016 family Christmas Tree, if someone special buys a Microsoft HoloLens. 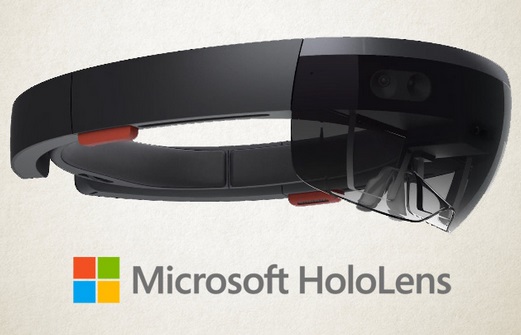 The company has recently made calls for app makers to design augmented reality programs for their new AR device, and one of these programs is sure to be a dating solution. Developers – if you’re reading this, please, please, contact me as I want to help you write that program. This is something I’ve been dreaming about my whole life.

Augmented Reality is much more interesting for matchmakers and single people than Virtual Reality.  As detailed in the Hop Skip b2b marketing blog about emerging technology, Virtual Reality or VR tends to be stationary and completely envelops each user masking their real-life situation in favour of the programmer’s fantasy, while Augmented Reality or AR is rapidly developing as mobile technology that utilizes and ‘augments’ what you can see with your eyes. 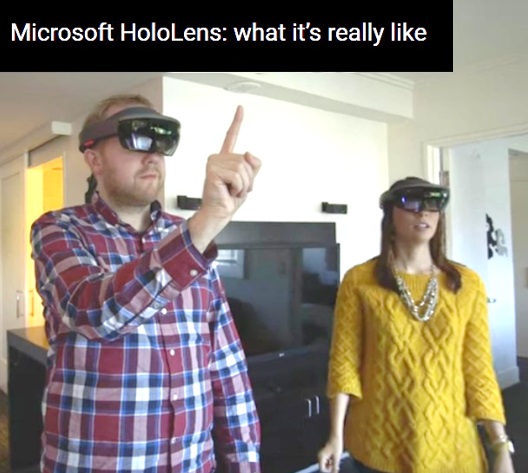 Augmented Reality is exploratory in nature therefore perfect for futuristic or historic walking tours where participants have special viewing devices. Today most AR is viewed through smartphones which present an augmented view of reality on screen; with augmented reality apps, people may see 3D visions of the future or period photos of the past laid over top of the real-life scenery. Or they could see Pokemon characters.

Virtual Reality as it relates to dating apps is still rather remote and kind of scary; the system eclipses the user’s world to present an entirely new reality. In theory, daters who meet in virtual reality environments would have no obligation to assume any likeness of their own bodies in their avatars. The idea of people misrepresenting themselves online using digitally deceitful self portraiture is a popular theme in Hollywood movies and cable television shows. It will only get worse with VR.

Unlike VR headsets which conceal the world around you, transporting the participant into an immersive animated world, Microsoft’s HoloLens’ supplements the real world with 3D graphics made by their programmers. 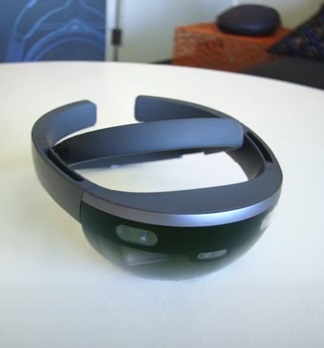 Microsoft HoloLens is the best known AR prototype today. It has a good reputation in the industry and is considered ‘ground breaking’ by experts and laymen alike. The tech works by producing holographic images onto glass in front of users’ eyes thus creating the illusion of animated objects in the real world.  Now imagine what this could do for dating? Yes at first it may seem unlikely that people will line up to wear these goofy headsets at speed dating events where they must mingle with attractive strangers, until they tried it. If they’d just give it a whirl once, they’d each be amazed!  Technology could use facial recognition to identify long forgotten school chums and friends-of-friends and thereby instantly break the ice, help share memories, and pinpoint other commonalities. Socially awkward people themselves could be ‘augmented’ to be more likeable. Participants could have a more rewarding experience all around and take away much more information about their matches. If anyone refused to wear the headset and was left alone in that room with just a regular Hello my name is X tag, that person would feel very lonely indeed. 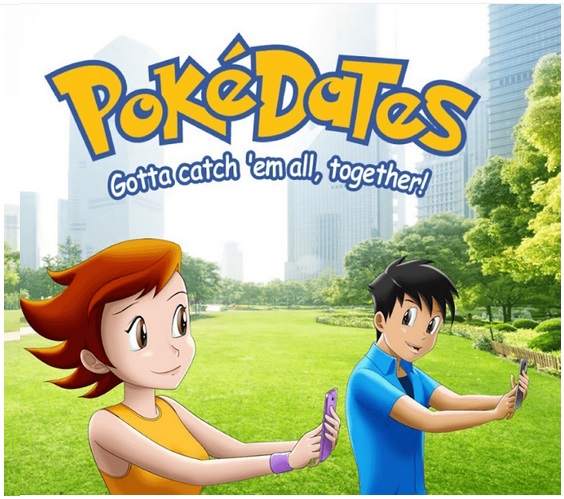 Pokemon Go was a giant leap forward for Augmented Reality because it made the category so well known, and of course it spawned a dating activity side business.

On the PokéDates’ website, users simply have to answer a few questions about what they’re looking for in a partner, and then fill in a schedule of when they’re free to go roaming for Pokémon, and PokéDates pairs up applicants, and sends both parties a time and location (near a pokéstop or gym) to meet up and start playing Pokémon Go. Then, presumably, comes love, marriage, a Weedle in a carriage, etc.

Imagine having an intelligent stranger help your date go smoothly, right in your eyeball? That’s the premise of a fascinating short film: Sight. If you haven’t seen this short before, you have to take a look now. This movie shows us exactly how dating could be improved with AR technology.

Think this is all just science fiction? Think again. Samsung filed a patent for a smart contact lens in 2014, and recently more information has come out showing some of the schematics, and prototypes.

According to the patent filings, the primary reason for the development of smart contact lenses is because of how they could improve upon the limited image quality that can be achieved with smart glasses alone.  Contact lenses can provide a more natural way to provide augmented reality than smart glasses, though we’re pretty sure the privacy debate will reach entirely new heights when cameras are essentially hidden in contact lenses. Google is also known to be working on smart contact lenses. Microsoft, Sony and Apple are probably all ‘eyeing’ this new product category, especially after seeing that movie!