Is it time to think about dating sober?

A lot of people have decided, for reasons of their own, to either cut-back or quit drinking altogether this year. An easy enough resolution to make, a hard one to keep, especially if you’re of the ‘single’ persuasion. So it’s time to think about dating sober!

Alcohol is so prevalent in our society there’s a stigma attached to those who don’t drink. They’re looked upon with suspicion, as if they can’t control themselves if they imbibe and are probably prone to acts of self-humiliation, out-of-control public scenes, or severe promiscuity. Who’d have thought that drinking was more politically correct than abstaining?

If you’re one of those people who’ve decided to try abstinence but don’t know how to incorporate that decision into your dating life, fear not – you are not alone. In fact there are a growing number of people who have made the same decision, particularly in areas where ‘zero-tolerance’ laws have been instituted, rendering you a criminal if you’ve had 2 glasses of wine with dinner. It’s an instant cash cow for police departments, but years of problems for the accused.

I know many people who are wobbly on two glasses of wine, and many more still who show no perceptible difference at all. I am not going to debate the merits here, instead, I will offer some alternative options. Believe it or not, there are many things to do while dating sober, perhaps removing the temptation to rely on a familiar old crutch is the best way to start:

There are websites dedicated exclusively to dating sober, rendering it unnecessary to have ‘the talk’ about preferring not to imbibe on your date. Most other dating sites give you the option to let people know you don’t drink and prefer not to date someone who does, I’m sure it’s a detail that does not get overlooked.

There are also many alcohol free environments out there; escape rooms, which are bundles of fun, for example. They don’t provide alcohol, they do promote teamwork and are a great opportunity to see your date’s mind at work.

Starbucks isn’t famous for nothing, and there are an awful lot of copycats out there to prove it. There are coffee shops, cafes and lounges that provide very comfortable environments for first dates. 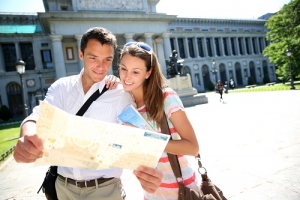 Have you seen the main tourist attraction in your city? I confess, I have not. We have, apparently, an incredible Aquarium, several Museums, Haunted City tours, etc. These locations are alcohol free and have managed to hold people’s attention long enough for them to be declared ‘attractions’ in the first place.

Where would you take your niece and/or nephew to instill, in their impressionable mind, the fact that you are the cool aunt/uncle? A wee modification could turn that into a pretty great date.

I’m guessing It’s not so much where you go or what you do that concerns many of you, it’s how you can manage to be yourself and appear interesting when you don’t have that liquid courage to quell your inhibitions. Realize that everybody has some form of dating anxiety. We all try to put our best foot forward in the beginning, behaving in ways we think will attract a person of interest. Our quirks, our insecurities, our biases, etc. will all be revealed eventually.

If you start off dating sober, you’re probably already removing a layer of camouflage that gets you closer to being the real you. So when you get asked for a follow-up date, you can safely assume that there’s a genuine attraction and real relationship potential – and isn’t that the desired outcome?

All it takes is practice and eventually you’ll get to that place where you have enough confidence to present yourself, as you are, warts and all. So why not get it out of the way?