Last Tuesday 17th August 2016, I was a guest on Single in the City and got an inside look at the excitement and activity that happens behind the scenes at Rogers TV in Mississauga.

For readers who may not be familiar with the show, the Title and description blurb on the Rogers cable TV guide / website indexes the show as follows,

Single in the City, the Dating Talk show provides the latest and greatest news about everything dating related hosted by Date Coach & Toronto Matchmaker Laura Bilotta from Single in the City dot ca. This series is designed to present interesting facts, tips and personal stories about today’s dating world. 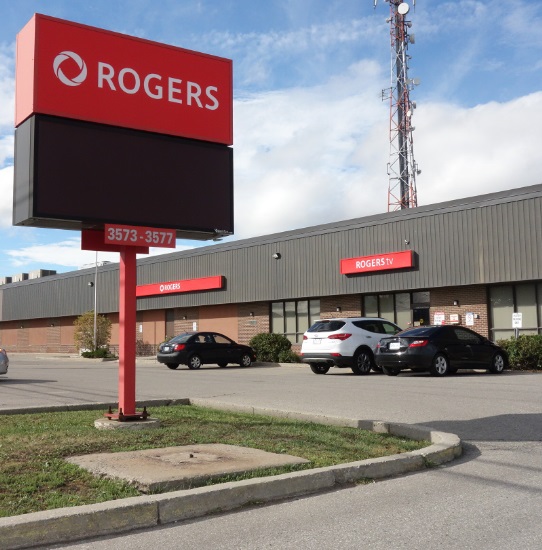 Curious, I showed up a little early and got this shot of the exterior.

Then I sat in my car for fifteen minutes and waited for any signs of life. I was there at 5:30 pm and waited outside until somebody came to the door and let me into the building. The front door is really two doors and there’s an air gap, and if the person who opens the door doesn’t keep their foot extended behind them to keep the other door open then he or she will also be locked out as well – its real tight security.

Inside the busy facility, the Single in the City hair & makeup team was already hard at work on Laura Bilotta, the star of the show, and two of her guests. This team is very efficient – they have all their gear stored in two big handbags each and the ring light you see in the picture is entirely portable. They plug in their curlers and hairdryers and go to work making beauty happen in the front boardroom. 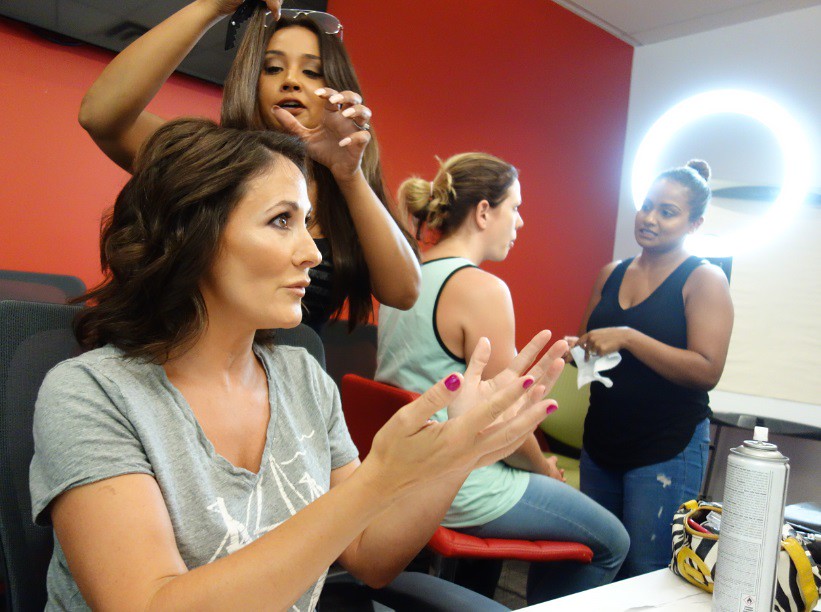 The facility accommodates two functional and busy TV studios with some news desks and other sets I recognized parked off in one corner or another. 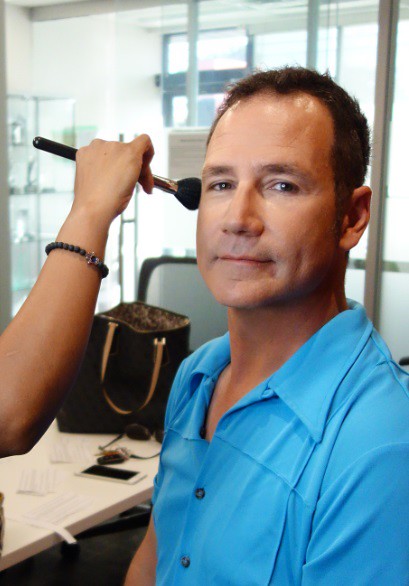 I found the equipment room and camera cage etc and washrooms, but no canteen, or even a lunchroom, and no hair makeup center or wardrobe room. Suffice to say that’s probably why I first encountered Laura in the Roger’s red front boardroom getting her makeup done under a portable ring light. 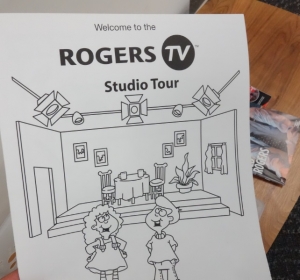 I was surprised that Rogers TV didn’t have a proper green room for the performers who use the studios on site, but after a complete studio tour conducted by myself, I didn’t see any such facilities.

After some brief introductions, I sat in the big chair and got my makeup done and later reflected on how snazzy I looked. That makeup person is obviously very talented, and the photographer did a swell job too.

Right about then a real character walked into the room with some article of clothing that Laura had left behind at her house. Joe short for Giuseppe Bilotta is a wonderful original man with a unique personality, and he..shared his fresh perspective on dating and relationship drama. 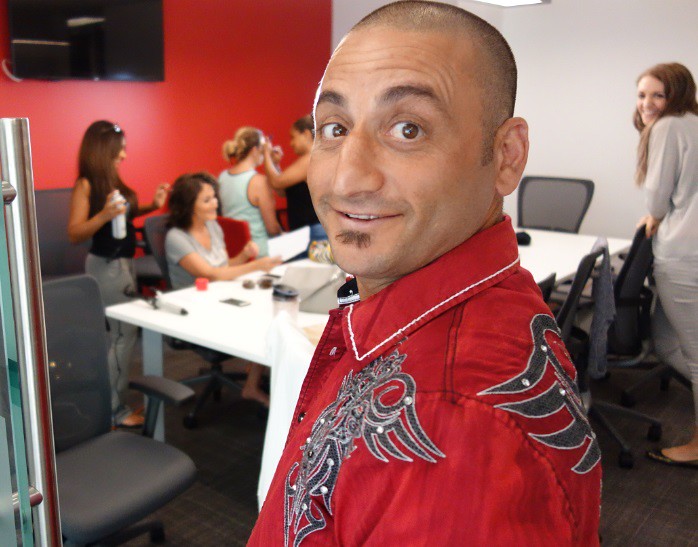 Minutes later we congregated around the table on a six inch riser with our microphones plugged in and I found that if you listened very carefully you can hear yourself speaking in a distant room. 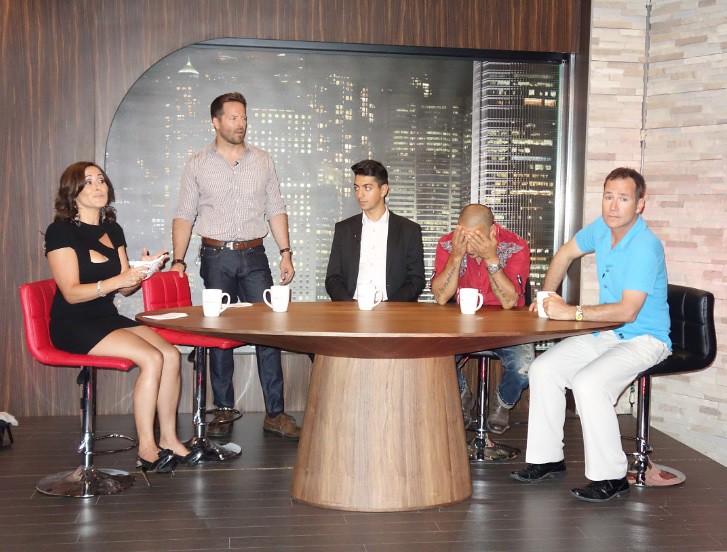 After we finished filming our segment, I wandering back into the busy control room and snapped this shot of the monitors 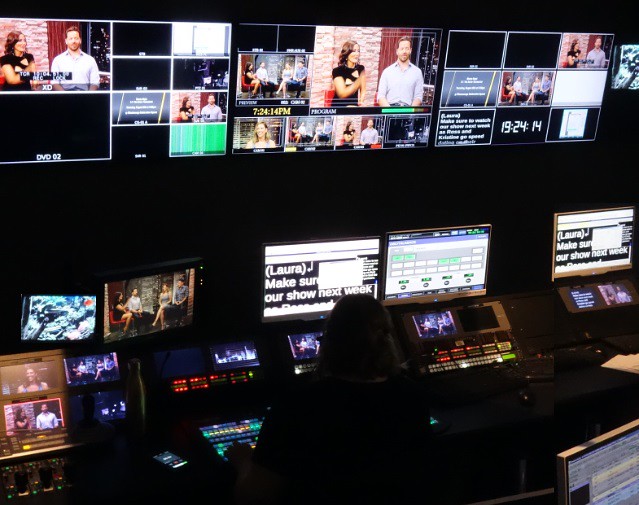 and another one here shows the technical director and the switcher at work live editing the show for broadcast.

It was a thrilling experience and something I’ll never forget. Thanks for having me Laura and lets hope the production gets picked up for many more seasons!