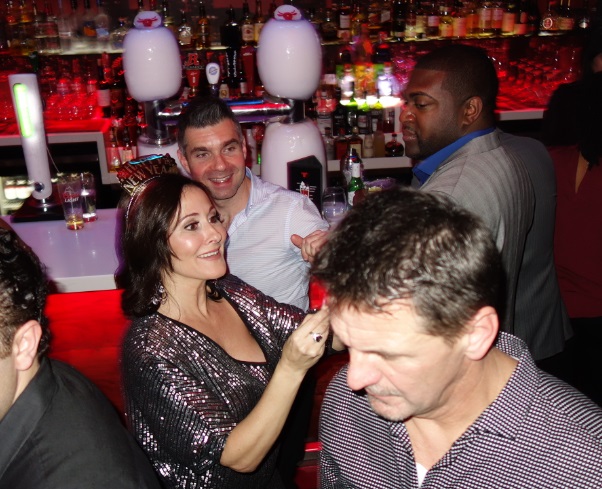 Happy New Year!  Thanks to everyone who came out to the Singles New Year’s Party in Toronto on Dec 31st. The amazing festivities carried on well past 3am, Jan 1st 2017. Oh what a great way to start the year!

There were still fifteen tickets available at 4pm on Saturday night, and these were sold at the door.  We had a full house by ten pm! 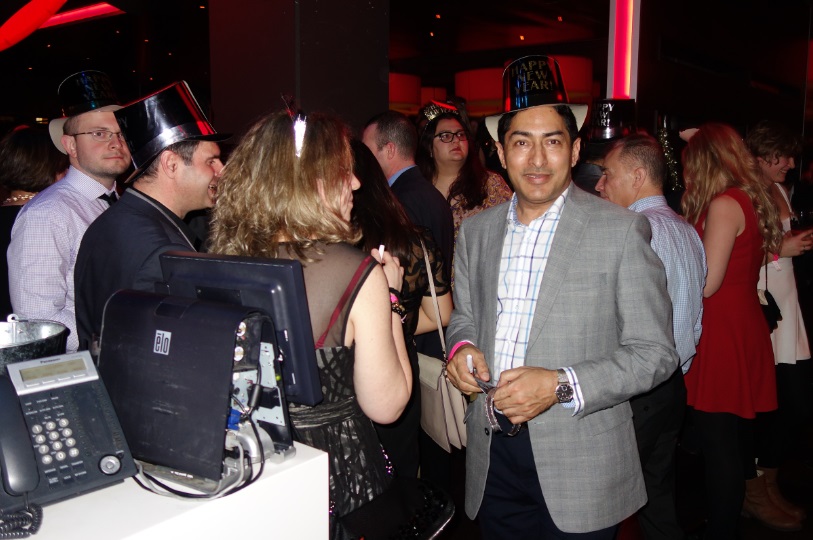 Single in the City’s classic “Elegant Affair” Singles New Year’s Eve Party has been around for twelve years now, and each year it gets a little bigger and a little better with new foods, drinks, venues and technology improvements, and more expensive giveaways, and more fun professionals who are sophisticated singles from all over the GTA. 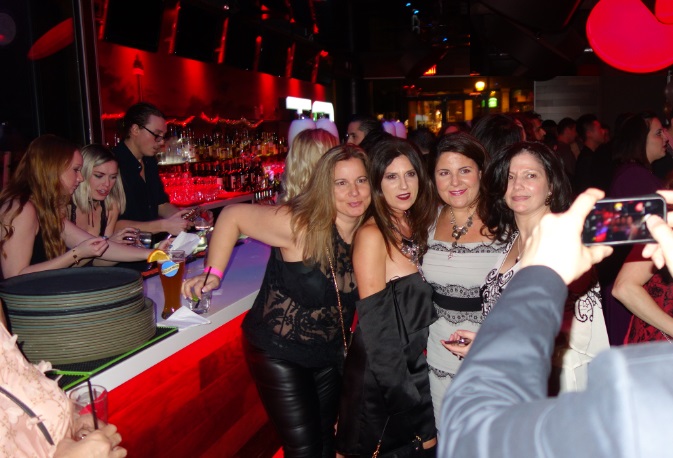 Everyone came out looking marvelous, ready to network and have a great time; a few people found new love, and nobody left disappointed.

This year Single in the City teamed up with Toronto Waterfront Magazine and the good people at Houston Ave restaurant to make a truly legendary bash that dispensed prizes and will be remembered forevermore. It will be immortalized in part because of all the photos that were taken and archived in social media. This event marked the debut of the social media ‘hashtag feed wall’ system connected to random prizing with the best items being donated by Standard Telecom business phone systems in Toronto. 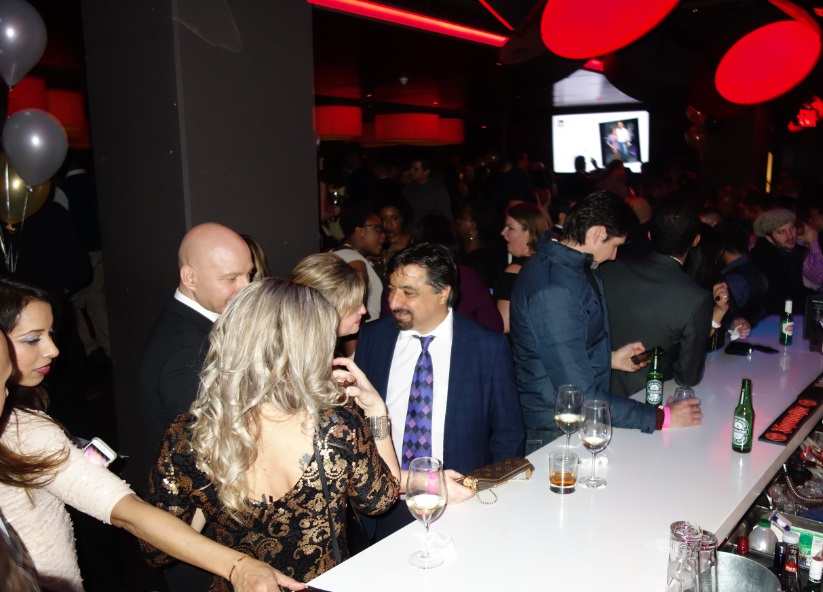 Another key contributor, Jib Strategic Marketing, a Toronto ad agency came out and hooked us up with an interactive social media wall from The Wall-R-Us company.  It was super interactive because all night long people were tweeting their thoughts, photos and videos and each time they were delighted when, just a few minutes later, these rich media elements showed up on the screen above the dance floor. It gave the assembly one more thing to think about, react to, and try to accomplish themselves and it really empowered the wallflowers in the room as ‘silent publishers’. It was a high tech social media marvel in the midst of an amazing scene filled with scrumptious snacks and the musical styling of DJ Lynx. 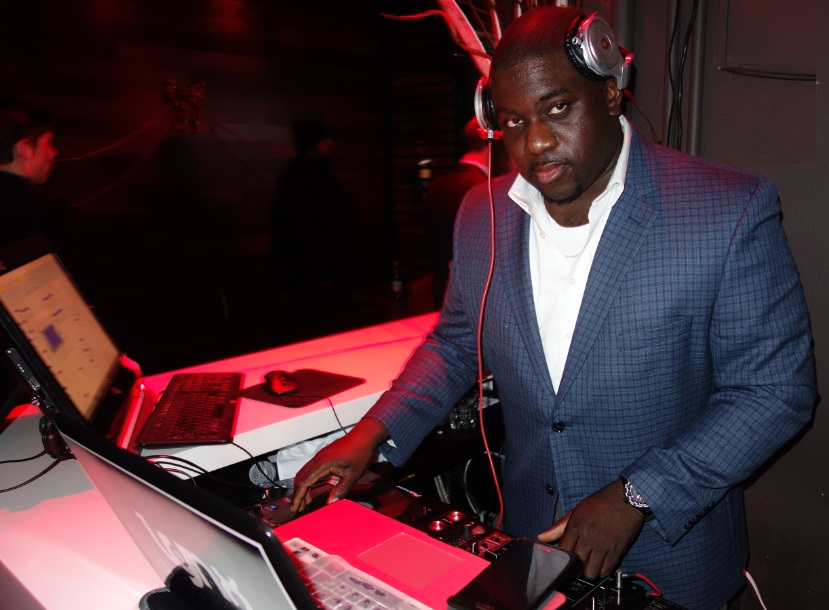 The Music at the 2016 NYE Party was also Art

You can see in all the photos above that this was an incredibly diverse crowd, and I have to believe it would be very challenging to please all these people, and play music that would inspire them all to dance and express themselves in any situation.  The crowd spanned over thirty years of musical influences and preferences, but DJ Lynx certainly rose to challenge, and his skills transformed a good party into a legendary bash.

The music was an amazing synthesis of modern dance beats fused into older classic rock anthems.  We heard Abba again and Bob Marley, The Cars, Fleetwood Mac, Kiss, and Queen all mixed up and synthesized into nightclub nostrums and the crowd loved it – the dance floor was packed all night. 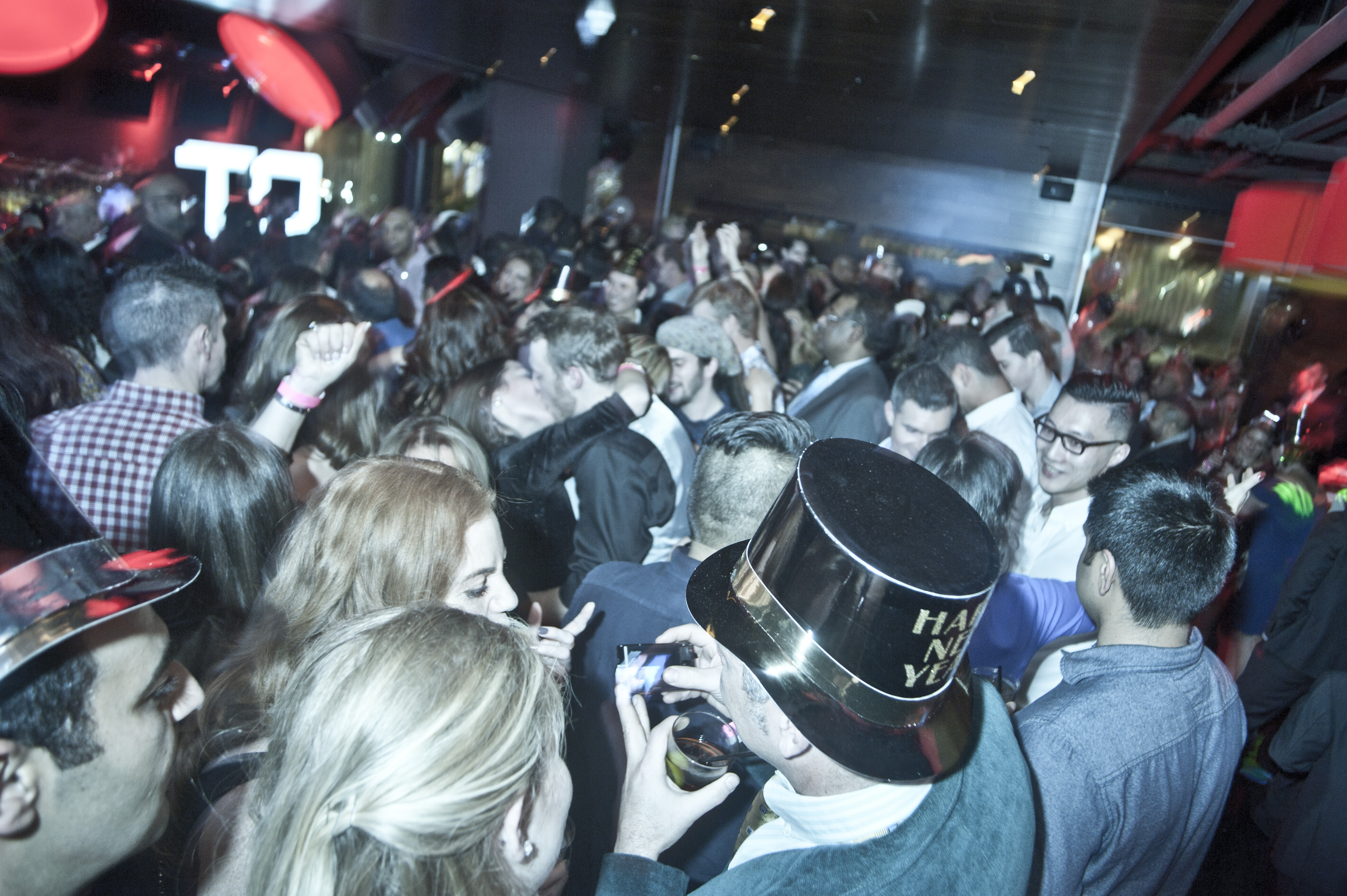 Houston Avenue boasts an upscale and trendy atmosphere conveniently located just off the Gardiner Expressway and within easy walking distance of the subway and Union Station. TTC was free all night, but much of the 2am crowd were staying in nearby hotel rooms. The steak restaurant was really well decorated with balloons and banners and many people came into the party from the street. The excitement was contagious.

At midnight there was a very dramatic live countdown on screen that was echoed by the DJ over the sound system as people scrambled to find friends, get champagne and paper top hats and tiaras. 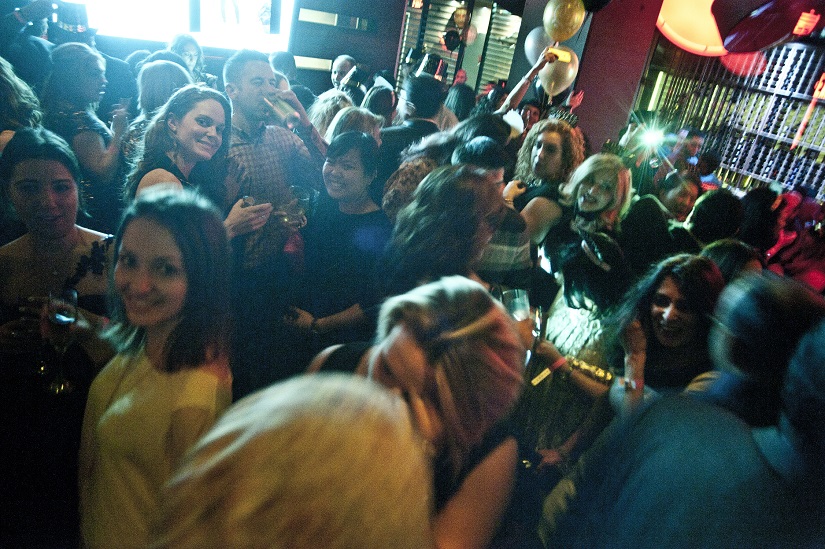 Eager men and women, strangers, stood beside each other on the sedentary dance floor – each person hoping for a New Year’s Eve kiss. Others went crazy blowing their paper kazoos and toasting each other with the complimentary champagne the flowed generously for about ten minutes before and after the calendar turned. 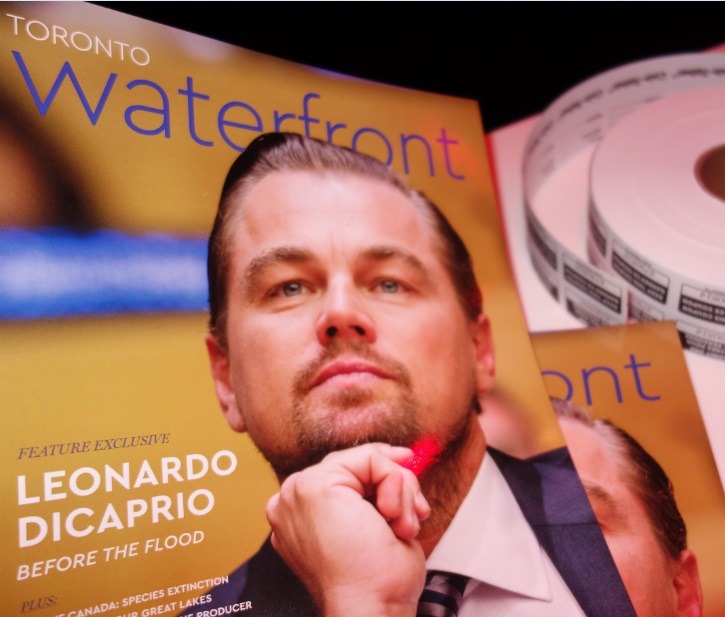 All guests went home with a complimentary copy of Waterfront magazine, the latest issue contains an interview with Leonardo DiCaprio wherein he discusses the coming crises of water scarcity and the need for better water management. And, there is a full page on Laura Bilotta’s Relationship and Dating Advice Book “Single in the City: From Hookups & Hearrbreaks & Love & Lifemates, Tales & Tips to Attract Your Perfect Match“ that will be available at Laura’s Book Launch Party on Feb 2 or on Amazon, Barnes & Noble & Chapters on February 7th. 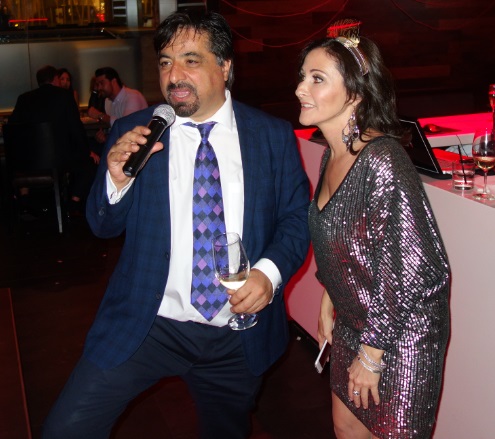 At 1:30 am, Laura and Karim from Waterfront Magazine thanked attendees. Karim is duty bound to help the planet and didn’t waste the opportunity to share some wise words about the future.

Together, at the end of the evening (middle for some) these two hosts personalized their party; their little speeches gave it a proper signature- like masters signing their work.