To text or not to text is a question we often ask ourselves during the early stages of the dating process.

Texting and when to do it, are part of the Dating Games that people often play. As much as we don’t want to play games, many of us can’t seem to get away from those Dating Games early on in a relationship.

Texting is becoming more and more prominent in our daily communication with one another.  Online dating begins with a smile or hello and then eventually email addresses and/or phone numbers are exchanged as the communication evolves.  With this growing trend there are a few points to be noted about the world of texting and perhaps a few guidelines that should be heeded.

It is very commonplace for texts to be misunderstood due to the lack of inflection, tonality and other fine nuances only revealed through actual conversation.  When dating, this is especially important as you are 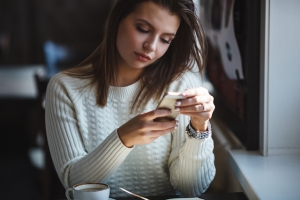 just getting to know one another.  Therefore, it would seem reasonable not to discuss anything of importance and avoid saying things that you could or would not say to someone while on an actual date!  Keep the conversation light in tone and try to avoid sarcasm and dry humour as it can often be misinterpreted, even if you add the ‘lol’ or smiley face on the end!
“Sexting” is common in the world of cyber communication.  Unfortunately, the often quick transition from casual and friendly texting to sexually explicit comments is not winning any votes, so it would seem.  A friend recently told me that since being back in the dating scene she has been astonished by the explicit comments and innuendos that she has received via text. It’s gotten to the point that she simply deletes the individuals from her contacts. It is probably best to keep the texts at a ‘G’ rating…at least for a little while.

Recently, while out to dinner a couple sat down at the table next to me and as an avid people watcher, I could tell they were on a first date.  Everything seemed to be going well and they seemed genuinely into one another up until she committed the ultimate dating no no.  Her cell phone pinged at which point she checked the message.  Now, it could have been something legitimately important, perhaps the babysitter or her work, however it seemed in this case this was not likely – giggling while typing was a pretty good indication.  The texting carried on for a few minutes while her date waited.  The poor gu 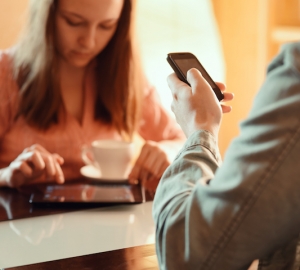 y wasn’t sure what to do with himself.  He looked around the restaurant, fiddled with his utensils, checked his watch and smoothed out the napkin on his lap several times – completely dejected!  Updating your friends via text/twitter while on a date is not the best etiquette and if you do so, you may find that your date is no longer sitting across from you when you look up from your phone!

How to Win at Dating Games: Some “Do’s” When It Comes to Dating and Texting!

It’s okay to text someone the next day after your date (providing the date went well, of course) to say thank you and that you had a nice time.  Just keep in mind that it should be simple and to the point…you don’t want to come across as needy and desperate!

Texting during the work day…keep these to a minimum and keep them brief.  The majority of us are generally busy during work hours.  When you are dating it is nice to send a quick “hello, I hope you are having a wonderful day”, but don’t expect an immediate response.

Texting is of course a wonderful communication tool on many levels though it will never replace the art of actual conversation!  Sending a “hello” and “thinking of you” text   is sweet and thoughtful, so enjoy in the fun and flirty date texting.  The key is to avoid the landmines which can have you back pedaling with apologies or worse – you could find yourself removed from one’s contact list and without a second date! Remember, Dating Games are previlant but you can refuse to play or play them the right way!

Learn more about dating and early relationship etiquette by grabbing a copy of my Dating and Relationship Book!!