Online Catfishing Experiences and Advice on AM640

Online Catfishing Experiences and Advice on AM640

Last week on The Dating and Relationships Show I had two friends of mine, John Mageau and Paul Loduca come on the show to speak about their experiences with Catfishing and online predators!

Before we get started, for those of you who are unfamiliar with the term “catfish”; it was coined by documentary star and creator Nev Shulman, referring to a person who lies about who they are and what they look like on the internet to either get money or attract intimate attention from others.

To bring this disturbing phenomenon back to the relevance of the show, I want to lay out the two main ways in which catfishing affects the victim. First off, you are either someone who is being lied to by the catfish in order to attain money or an emotional connection or you are the person being impersonated by the catfish to scam others. 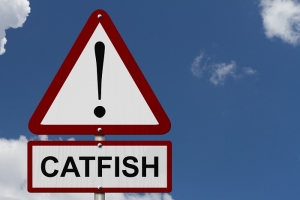 Catfish Beware of Online Scammers and people who attract intimate attention from others.

John Mageau’s experience with online catfishes has definitely been one for the books. No seriously, if you search his name on google, you will find that he’s fallen victim to impersonation by hundreds of online profiles around the world. Scammers and predators have used both his name and his personal photos to engage with women, usually middle aged and single, to convince them to send money in return for what later turns out to be an empty-handed promise. In light of this, John has been framed as an online predator and scammer internationally, especially in countries like England, France, and the Philippines for getting involved in crimes that he has no awareness of. As a result, the predators posing as John have left him at a loss in numerous areas of his life, especially his dating life. When asked about how catfishing affected his dating life, he explained “ some of the women who you date will think you’re in on it (the scamming) and it’s just unbelievable. Although I’m married, you’d think it doesn’t affect the relationship I have with my wife but it still does.” John then went on to discuss how it’s impact on his work life as well. He recently applied for a promoted position as his work and because of the reputation he’s grown online due to these scammers and fake accounts, his employer refused to give him the promotion.

When speaking to Paul about his online dating experience, he discussed although his situation never escalated to the intensity of John’s, he had still been traumatized by the person who had catfished him. Paul had been talking to this person for about 6 months and although she didn’t live in the same country as him, that was his norm. In his “line of work it was normal for him to meet people internationally because of how often he would travel; sometimes he’d even be in the same city as them.” At the time, Paul explains that he wasn’t suspicious due to the fact that he could connect with the girl’s best friend and her sister, who all made consistent appearances throughout her Instagram pictures and stories. He further explained that although her story seemed suspicious all the way through, because of her seemingly authentic pictures and appearance through live video with her friends and family, believed otherwise; “no one could be with elaborate” with a lie. 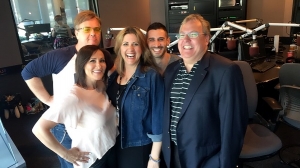 Moving on and dating afterwards, Paul created a series of tests he’d put women he met online through to ensure they were real and not a catfish. In my new dating and relationship book, Single in the City, I discuss similar red flags to look out for when spotting a catfish online, however I will share a few with you all as well.

Red Flag #1: If they reach out to you and their mannerisms and photos seem too good to be true, they probably are.

Red Flag #2: If they refuse to video chat with you or meet with you in person if possible, they are mostly likely hiding their true identity.

Red Flag #3: If they ask you to send them money for whatever reason, they are probably trying to scam you!

Like my dear friend, John Mageau says, “don’t send money to people you don’t know” especially the one’s on the internet. Dating is suppose to be fun and exciting, but if the person you meet is not willing to extend the courtesy of wanting to talk with you face to face, they do not deserve your time, energy, or money! Be safe out there when you’re online dating and always keep these red flags in mind!

Listen to the full episode that aired on June 4, 2017. The Dating and Relationship Show airs Sunday nights at 9pm on AM640.