Bring Your Own Device. Participants will be making history playing Single in the City’s first device driven trivia game. Please note – Players do NOT need to have a ‘following’ on Twitter, just an active account so they can post tweets and win money (and you can set up an account at the restaurant). All you really need is a good device, a smartphone or iPad – laptops are not allowed, but tablet computers are acceptable. 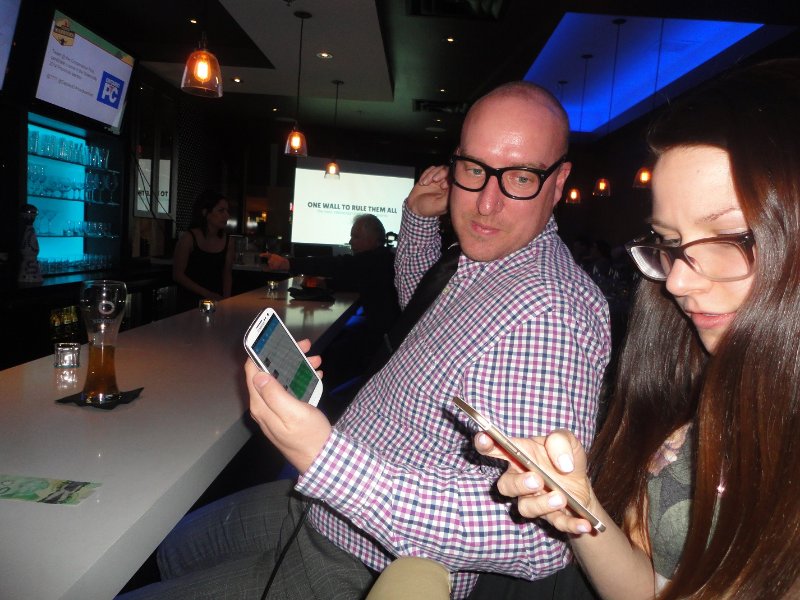 Cloud Warriors event on 12 June 2015 was a precursor to Tweetsteria today.

The Game is easy enough. There are two display systems; one to show the questions and another to display the game screen which shows a specially modified Twitter feed showing tweets tagged #tweetsteria.  The program shows the five most recent #Tweetsteria tagged tweets and expands the critical time stamp information displaying the exact minute and second each tweet was posted.  So when the game is on, and the first question is asked on A system, the first correct answer (with the #tweetsteria hashtag) to show up on B system (the game screen) WINS the prize, a twenty dollar bill. On May 24th the questions will appear on the TVs over the bar and throughout the restaurant, and the answers will be displayed via a projector / screen to the left of the main bar area.

Twenty one questions will be difficult.  Nobody in the venue will know the answers offhand.  They’re not like any other trivia questions you’ve ever been asked before, and they’re not romantic or singles orientated either. No, these questions require people go online and research information about the local businesses sponsoring the event.  So a typical Tweetsteria query might be, ‘How many service delivery trucks does such and such a business have?’ when the answer is right there in bold on the featured business’s website, ie ‘Nine trucks to serve Mississauga‘ etc  So armed with the correct answer, the player next has to post ‘9, #Tweetsteria’ on Twitter to win $20, provided it’s first to appear on game screen.  Second and third place finishers receive pink and black colored paper chits that can be redeemed for bonus prizing and are counted in the event of a tie for the grand prize. 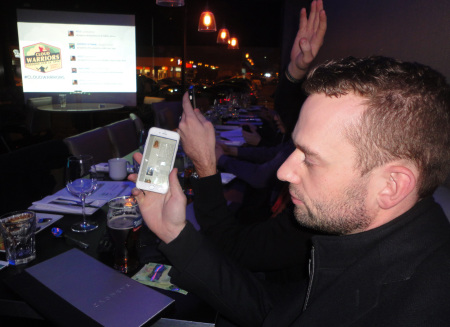 Why is Tweetsteria good for singles? It isn’t good for singles – its good for partners and pushes singles to become working couples. Because single people by themselves cannot compete as effectively as two people working together to find and post answers, the single player soon becomes obsolete.  In teams of two, one player can get their device cued up on Twitter, and get the #tweetsteria typed in advance in the tweet, and then wait for their partner to find the correct answer on their device. Good teamwork is rewarded with twenty dollar bills (alongside curious brand sponsored bonus prizes). A tech savvy working couple is a winning combination in Tweetsteria and in life.

As such this device driven Singles Event innovation could become the funnest new way for Single in the City members to get paid while playing games, out looking for love.

Sign up for Tweetsteria Singles Trivia at Cagney’s wine bar 7 to 9 pm on Wednesday 24th May 2017.